Who Are the Dominant Players Among Today's Buyers?

Who Are the Dominant Players Among Today's Buyers?

Despite the economic and financial challenges young adults braved since the recession, Millennials want to become homeowners, according to the 2015 National Association of Realtors® Home Buyer and Seller Generational Trends study, which evaluates the generational differences of recent homebuyers and sellers.

“Over 80 percent of millennial and Gen X buyers consider their home purchase a good financial investment, and the desire to own a home of their own was the top reason given by millennials for their purchase,” reports NAR Chief Economist Lawrence Yun. “Fixed monthly payments and the long-term financial stability homeownership can provide are attractive to young adults despite them witnessing the housing downturn and subsequent slow recovery in the early years of their adulthood.”

For the second consecutive year, NAR’s study found that the largest group of recent buyers was the millennial generation, those 34 and younger, who composed 32 percent of all buyers (31 percent in 2013).

The Silent Generation (ages 69-89) made up 10 percent of buyers in the past year.

Yun says the survey uncovered the untapped demand for homeownership that exists among young adults. With millennials entering the peak buying period and expected to soon surpass boomers in total population, Yun believes the share of millennial purchases would be higher if not for the numerous obstacles that have slowed their journey to homeownership.

“Many millennials have endured underemployment and subpar wage growth, and rising rents and repaying student debt have made it very difficult to save for a downpayment,” he explained. “For some, even forming households of their own has been a challenge.” 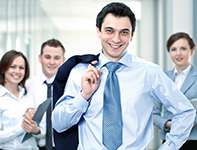 According to the survey, 13 percent of all home purchases were by a multigenerational household, consisting of adult siblings, adult children, parents and/or grandparents.

The biggest reasons for a multigenerational purchase were cost savings (24 percent) and adult children moving back into the house (23 percent).

Younger boomers represented the largest share of multigenerational buyers at 21 percent, with 37 percent of those saying the primary reason for their purchase was due to adult children moving back into their house.

“Even though the share of first-time buyers has fallen to its lowest level since 1987, young adults in general are more mobile than older households,” adds Yun. “The return of first-time buyers to normal levels will eventually take place in upcoming years as those living with their parents are likely to form households of their own, first as renters, and then eventually as homeowners.”

Although most purchases by all generations were in a suburban area, the share of millennials buying in an urban or central city area increased to 21 percent in the past year (19 percent a year ago), compared with only 12 percent of older boomers (unchanged from a year ago).

The majority of all buyers (79 percent) purchased a detached single-family home. Gen X buyers represented the largest share of single-family homebuyers (85 percent), and the Silent Generation was the most likely to purchase a townhouse or row house (10 percent). A combined 7 percent of millennial buyers bought an apartment, condo or duplex in a building with two or more units.

Among the biggest factors influencing neighborhood choice, millennials were most influenced by the quality of the neighborhood (75 percent) and convenience to jobs (74 percent).

Convenience to schools was most desired by Gen X buyers and proximity to health facilities by the Silent Generation.

Millennials plan to stay in their home for 10 years, while the baby boom generation as a whole plans to stay for a median of 18 years.