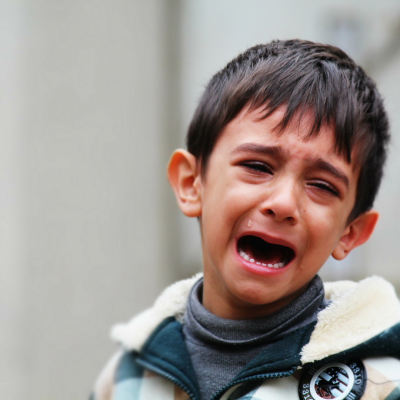 We saw on the news Tuesday morning that Wells-Fargo Bank made a mistake on loan modification calculations which cost hundreds of home owners their most valuable investment - their home.

One customer, named Jose Aguilar, was profiled in the story. He lost his home after working with Wells Fargo for three years to arrange a loan modification that never came. He lost his marriage and eventually became homeless and lived for three months in a friend's basement on a sofa and a bed with his two children. He couldn't find a place to rent because the foreclosure downgraded his credit, causing landlords to turn down his rental applications.


So often we hear about how a big, impersonal institution which has "made a mistake" or done something wrong or unethical. (Remember banks "robo-signing" mortgage documents, which helped fuel the recession?) Often, a large number of victims is cited in news stories like this one - "800 Homeowners Seek Answers..."


But how often do we just compartmentalize numbers like that, failing to realize that they are 800 PEOPLE, 800 FAMILIES who have had a major wrench thrown into the turning gears of their lives. 800 dreams shattered. 800 families forced to sweep up the ashes and try to find a way to once again get on with their lives without a home, or the credit necessary to buy or even rent one.


Wells Fargo sent checks to some of their victims as a kind of restitution. In Mr. Aguilar's case, they sent him $25,000, along with a letter of apology. Not much compared to the actual losses Aguilar suffered: all his home equity, his credit, the joys of raising his children in a stable environment, and instead, living for three years in anguish and uncertainty.