SCAM ALERT: PROTECT YOURSELF FROM THESE REAL ESTATE SCAMS!

SCAM ALERT: PROTECT YOURSELF FROM THESE REAL ESTATE SCAMS! 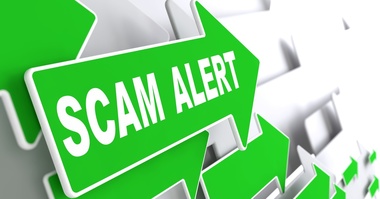 A friend of ours was recently threatened by a crooked real estate agent who found a clever way to wrangle money from her. Fortunately, she contacted us for advice and we were able to protect her from this fraud..
So I thought today it would be good to let you know about some real estate scams I’ve become aware of recently:

1. The mortgage closing scam
This particular scam is spreading across the country. It’s become so prevalent that the FBI estimates it has led to over $1 billion in stolen or diverted funds in 2017 alone.It starts when hackers gain access to a real estate agent’s email account. Then, when it’s time to close a particular deal, the hackers, posing as the real estate agent, send instructions to the homebuyer on where to wire the money.Of course, it’s only after the buyer has sent thousands of dollars to an unknown bank account that the truth comes out—the real estate agent wasn’t actually the one reaching out, and the buyer has been scammed.
2. Fake real estate lawyersThis scam is similar to the first one, in that the scammers will impersonate somebody legitimately involved with a deal. In this case, the hackers will impersonate a real estate lawyer who is associated with a particular home sale.
Then, at the time of closing, they will contact the buyer, either by email or over the phone, and tell them the wire destination has been changed. If this scam works, the homebuyer could again be out thousands of dollars.
3. The bait-and-switchUnlike the first two scams, this scam targets sellers. It also doesn’t require any hacking or impersonation—just a dishonest buyer. Here’s how it works: A buyer makes an offer that’s well above the listed price. The seller happily agrees, and the contract is signed. But, then, the buyer starts procrastinating, making excuses, and dragging out the process for months or even a year. In the meantime, the seller continues to pay costs for the home, and is getting more and more emotionally worn out. In the end, the unscrupulous buyer flatly says they can only buy the home at a lower price, usually under the listed price. And the seller, desperate by now, frequently agrees.
4. The fake real estate agent.One day, a lady called us asking for the key for one of our properties on the market. She said she had just rented it and wanted to move in as soon as possible. Unfortunately for her, the house wasn’t for rent. It was for sale. And we had never heard of her, or her “real estate agent,” who she said was a very nice Christian minister vacationing abroad.

She found the property on Craig’s List and had contacted the so-called minister who claimed to be out of the country. He told her the rent, which was very reasonable (of course) and said he couldn’t show the house to her but she was free to visit the property and look in the windows. She did, and deciding to “rent” the house, sent him two months rent as a deposit. She then came to us, asking for the key. She didn’t get it.
5. The crooked real estate agent.As I mentioned earlier, we have a friend who owns property on the island of Antigua in the Caribbean. An Antiguan real estate agent contacted her claiming to have a buyer willing to give her over $2 million dollars for her two undeveloped mountainside properties and an adjoining lot with a small house built on it. The agent said our friend needed to sign him as her real estate agent so he could conduct the sale. Fortunately, she asked us to read over his contract.
We smelled a rat immediately. For one thing, if there was already a buyer, why did she need to hire an agent to represent her? We ran a Current Market Analysis for similar properties sold recently in Antiqua and the offering was way more than anything listed or sold. The truth came out when we read the fine print in the contract. It specified that if the properties failed to sell after a certain period of time, the contract would be cancelled and she would owe the agent a 2.5 percent commission.
We suspect the agent had neither a buyer nor a shred of decency for crafting a contract guaranteeing him a commission for not selling a property at a highly-inflated price.

So, how can you protect yourself against these and other scams?

Confirm everything over a phone call (to a number that you already know to be valid)—or even better, in person. Never send account information over e-mail. And ultimately, find a legitimate REALTOR® you trust to represent your best interests.

Search the full MLS and Exclusive Property Listings.
(Prices and inventory current as of January 24, 2021)