HGAR Reports "Soaring Sales" in Fourth Quarter for Lower Hudson Valley.
The Hudson Gateway Multiple Listing Service shows 4th quarter home sales up significantly in the Lower
Hudson Valley as compared to Q4 in 2014. But while the numbers on their own look good, the whole
picture isn't quite so rosy. Orange County leads the list in Q4 home sales, but having a 25.7% increase
over 2014's fairly dismal sales numbers isn't a high bar to hit. The same goes for Putnam (19.4%) and
Rockland (15.6%). Westchester trails the list at only 9.2%, but had much stronger sales in 2014 to beat.

The other side of the coin in the real estate recovery is prices. HGAR reports that prices continue to lag the
sales recovery, either staying flat or continuing to decrease in some Lower Hudson Valley markets.

$1.2 Billion Bio-Science Project Proposed for Westchester
A private investment project is planned for Westchester's publicly-owned 60-acre site known as "North 60" in
Valhalla, adjacent to the Westchester Medical Center. Fareri Associates of Greenwich CT hope to
develop the site into a bio-science/bio-research facility outside New York City.

The project was announced at the county's annual economic forecast meeting by county executive
Robert Astorino. Called the Westchester BioScience and Technology Center, plans are in place to develop
the now vacant land into three million square feet of office and laboratory space, to be built in phases.

Fareri Associates have been working on plans for the project for two years. Even so, the project has
some significant hoops to jump through. The 99-year lease deal now has to clear the Westchester
County Board of Legislators' full review. It also has to be cleared by the town of Mount Pleasant in an 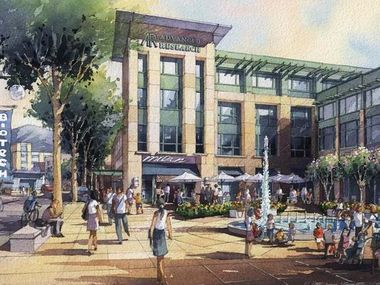 environmental impact study and full review of the site plan.

County executive Astorino said in the announcement of the plan, "It creates jobs that play to the strength of the county's highly skilled and educated work force. It expands our tax base. It respects the
environment by employing the latest green technologies and leaving half the property as open space. And it expands the county's growing leadership in the fields of bio-technology and medical science."

The project follows the announcement that Regeneron, another Westchester bio-medical firm, is
planning a $190-million expansion of its operations headquartered at BioMed Realty Trust's Landmark at Eastview property in Tarrytown.

Hospital for Special Surgery planning $20 Million Outpatient Center at Former IBM Site.
The Hospital for Special Surgery will be building the largest outpatient center in its system in White
Plains, expecting completion by the end of 2017. The property owner, RPW Group is also planning to
construct an adjacent hotel to accomodate families and other visitors to the center.

The center will be housed in the former IBM building complex owned by the RPW Group of Rye Brook.
Construction is schedule to begin in September, 2016. The initial 60% of the build-out of the space will
cost $21-million. The remaining space will be finished in due course for clinical or administrative use.

Search the full MLS and Exclusive Property Listings.
(Prices and inventory current as of March 5, 2021)