Millennial-speak: 85 words, acronyms and phrases you need to know.

Millennial-speak: 85 words, acronyms and phrases you need to know. 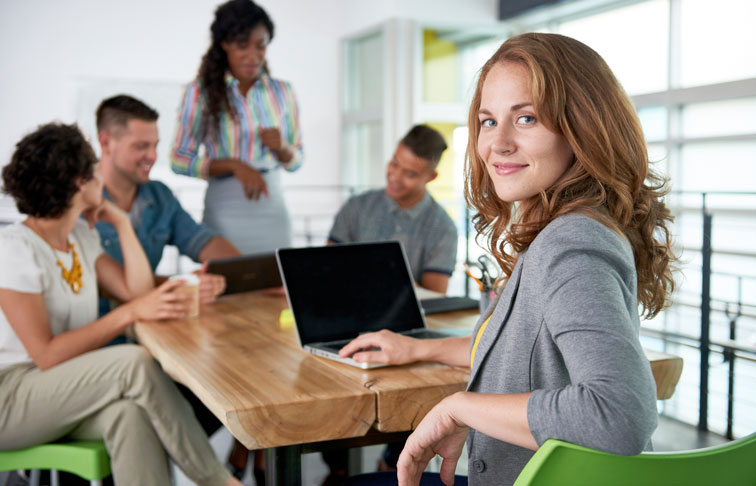 By Vanessa Saunders, MBA, MIMC , Broker Owner, Global Property Systems
Millennial home buyers have entered the housing market in a big way. Back in 2015, Millennials surpassed Baby Boomers as the largest generational group in America, and they now make up the largest group of home buyers.

To begin building marketing campaigns that are specifically targeted toward this powerful group, we need to understand their social media-centric language. Here are 85 terms, abbreviations, acronyms specific to this group. Some you may already have heard, many possibly not. And some are just damn funny. Enjoy.

1. Receipts – Evidence of a person’s hypocrisy, often pulled from past social media or text conversations
2. Extra – Over the top, dramatic behavior
3. Bae – A pet name that stands for Before Anyone Else
4. Yaas – An enthusiastic way of saying yes
5. Low key – Low intensity / slight / kind of
6. AF – An acronym for “as fuck”
7. Turnt – Hype for a party
8. Mood – Used to express something that is relatable
9. Lit – When something is turned up or popping
10. Sus – When someone is acting suspicious or shady
11. Salty – Acting upset or bitter
13. Bruh – Another way of saying “seriously?”
14. Woke – Being aware of current affairs
15. Thirsty – Horny
16. Thirst trap – A sexy photograph or flirtatious message posted on social media.
17. On fleek – Fashionable
18. Clap back – A comeback filled with attitude
19. Hunty – Equivalent of friend but said with attitude
20. Humble brag – When someone complains about their life while sneaking in a brag
21. Bye Felicia – An expression used to dismiss someone
22. Slay – Killing it / Succeeding
23. Adulting – To grow up and act responsible
24. Throwing shade – Making a subtly mean comment about someone
25. Dead – When someone is euphorically happy


26. Swerve – Get out of the way
27. Trolls – Someone who purposely tries to provoke others\
28. Ratchet – Trashy
29. Canceled – To reject something because it’s no longer trendy or it’s become too ratchet.
30. V – A shortened form of very
31. Gassed – When someone has had one too many compliments and is full of themselves
33. Beat – To have a full face of makeup
34. Dank – Really cool
35. Ghost – When you suddenly disappear after hanging out and showing interest.
36. Shook – Confused or in utter disbelief
37. High-key – Straight up truth
38. Fam – A group of friends who feels more like family
39. Mom – The most responsible friend in the group
40. Savage – Petty
41. Shipping – Wanting two people to date


42. JOMO – Joy of missing out
43. OTP – One true pairing
44. Trill – True and real
45. Hundo P – A shortened form of 100%
46. Snatched – Attractive
47. Dad – A role model
48. Finesse – To smooth things out
49. Goals – A way of subtly expressing that you’re jealous
50.  TBH - To be honest. But this phrase has become so ratchet it is no longer honest:
“This Freaks and Geeks episode has been underwhelming tbh”
51. Squad – A group of friends
52. GOAT – Greatest of all time
54. Yeet – A way to show excitement or agree
55. Basic – Only interested in mainstream, popular things
56. Wig snatched – Exposing someone to reveal the truth
57. FOMO – Fear of missing out
58. Thicc – Someone with curves
59. Phubbing – Snubbing someone by paying attention to your phone instead
61. Suh – A shortened version of what’s up
62. Blessed – Feeling fortunate
63. Bounce – Leaving suddenly
64. Swol – Someone who works out
65. IRL – In real life
66. TFW – That feeling when
67. Can’t even – Used to describe someone you cannot handle
68. Hangry – When you are angry because you are so hungry
69. Cray – Crazy
70. Gucci – Good / doing well / feeling fine
71. SMH – Shaking my head
72. Netflix and chill – Hooking up
73. Bougie – Someone from a higher class
74. Finna – Going to
75. GMT – Getting me tight / getting upset
76.  Stan – A combination of stalker and fan
77. Girlfriend Tax – The amount of food taken off your plate by your female significant other after you asked her if she was hungry and she insisted she didn't want anything.
78. Telling secrets - Gossiping
79. WOAT - Worst of all time
80. Almosts - Someone you came close to dating but never became official with
8. Catfishing - Pretending to be someone else on social media.
82. WFH:  Working From Home
83. Data whisperer -  Someone who can report the numbers and use them to make an impact
84. Word Avalanche - A word game using a highly contrived sentence, where many syllable sounds are repeated via the use of wordplay and/or puns to re-state the clue sentence:
Clue: Rarely do fathers peddle stupid trinkets
Answer: Seldom do dads sell dumb doodads
85. Negging -  An act of emotional manipulation whereby a person makes a deliberate backhanded compliment or otherwise flirtatious remark to another person to undermine their confidence and increase their need of the manipulator's approval.
So if you want, you can become my Stan, but don't GMT. It's the WOAT when you're Telling Secrets about my Almosts.
Ahhh. So Millennial.