Is Getting a Home Mortgage Still Too Difficult?

Is Getting a Home Mortgage Still Too Difficult? 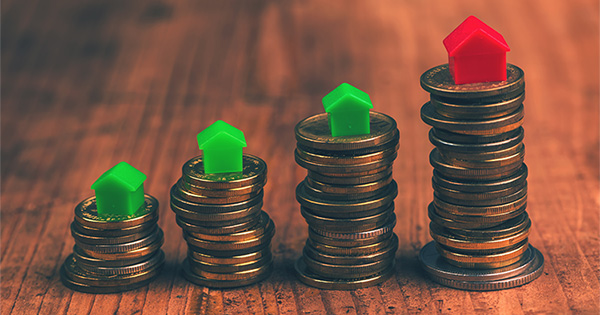 One of the most significant problem GPS clients in the Hudson Valley have seen in the past is the difficulty first time buyers can have in getting a home mortgage. There is no doubt that mortgage credit availability is expanding, meaning it is easier to finance a home today than it was last year. However, the mortgage market is still much tighter than it was prior to the housing boom and bust experienced between 2003 - 2006.

What has been the result of these concerns?

In an interview with DSNews, Laurie Goodman and Alanna McCargo of the Policy Center further explained:

“Our Housing Credit Availability Index (HCAI)* measures the probability that mortgage borrowers will become delinquent on that mortgage for 90 or more days, which we refer to as the default risk. This measure indicates that the probability of default rose from 12 percent in 2001 to a peak of 16.5 percent at the end of 2005/beginning of 2006, before declining to the current level of 5 percent. Stated differently, lenders are currently taking less than half the credit risk they were taking in 2001, a period of reasonable credit standards.”

The cost to the economy if we’re writing fewer loans…

Goodman and McCargo put it best:

“…fewer households will become homeowners at exactly the point in the economic cycle when it is most advantageous to do so… [They] will continue to miss this wealth-building opportunity. The median family wealth for homeowners is $195,400, with their home the most valuable asset for most; the median family wealth for renters is $5,400… Fewer potential homebuyers means the housing market will continue to recover more slowly. At the same time, fewer buyers create a strain on other benefits to the economy which homebuying brings such as spending on home goods and an increase in construction jobs.”

The housing market boom and bust caused many mortgage providers and lenders to tighten their lending standards in an effort not to repeat the recent past. This paired with many home buyers disqualifying themselves before they even apply for a loan, due to the fear of rejection, has led to many households not yet becoming homeowners.

*The HCAI measures the percentage of home purchase loans that are likely to default—that is, go unpaid for more than 90 days past their due date. A lower HCAI indicates that lenders are unwilling to tolerate defaults and are imposing tighter lending standards, making it harder to get a loan. A higher HCAI indicates that lenders are willing to tolerate defaults and are taking more risks, making it easier to get a loan.

Search the full MLS and Exclusive Property Listings.
(Prices and inventory current as of September 26, 2020)