Can this simple, seemingly benign appliance cost you your home?

Can this simple, seemingly benign appliance cost you your home? 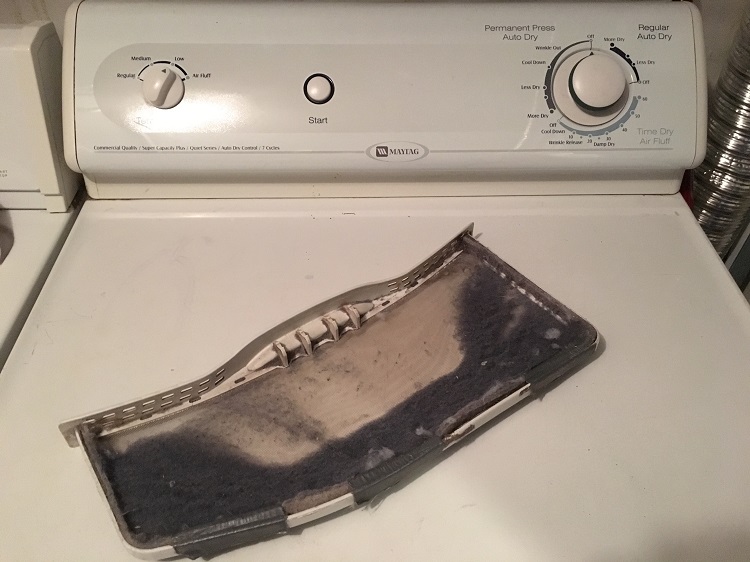 It seems I just have to find things to keep me awake at night, but I ran across this one recently talking to an inspector. I was taken with how something so simple can represent such a clear and present danger in almost every household in America if ignored.
Every year, clothes dryers cause 20,000 house fires, totaling millions of dollars worth of misery and loss across the nation. The cause is lint buildup in dryer vents and ductwork, which reduces air flow and drying efficiency. Lint can cause humidity levels to rise around vents causing mildew and mold to develop in walls and insulation. But most important: Lint is combustible. Lint causes fires.
Fortunately, removing dryer lint is simple. First of all, dryer owners must remove lint from the dryer lint trap and wiping its edges. If the screen seems clogged, it's probably from the use of dryer sheets. To completely clean a lint screen, soak it in a sink of hot water and scrub it with a bristle brush to remove built-up fabric softener.
But the problem goes deeper than the trap. Lint that eludes the screen ends up in the dryer's vent system. This can be removed by using a dryer lint brush, which removes lint that your hand can't reach. To remove it, pull out the dryer lint filter. Push the lint brush into the opening and and gently loosen the built-up lint. Don't force the brush if you meet resistance but be sure to clean every surface as much as possible. Remove the big chunks of lint that come out with the brush. Don't worry about the smaller bits.
Buy you're not out of the woods yet. Lint buildup continues even further down the pipe, so at least once per year, unplug the dryer and check where the exhaust vent connects to the dryer. The hose or pipe is held in place by a clip or a steel clamp that can be loosened using pliers or a 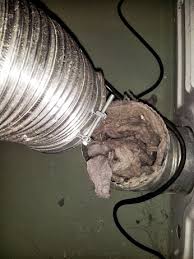 screwdriver. After removing the pipe, reach inside the dryer opening or use a vent brush to remove as much lint as possible. Use a damp cloth to wipe away remaining lint around the connection. Then look inside the hose or pipe and clean it as well.
If you still have a white or silver vinyl duct hose, it should be replaced immediately. It is flammable and if ignited by the dryer it will burn and cause a house fire. According to the inspector, all national and local building codes now require metal ducting for clothes dryers. Ideally, you should use rigid aluminum tubing pieces between the dryer and the outside vent. This type of tubing does the best job of resisting the collection of lint in the duct and cannot be easily crushed. Flexible aluminum ducting is available, however, it is more prone to collecting lint inside.
One last step is to clean the exterior vent. Again remove as much lint as possible using your hand or a brush. You may need a screwdriver or another tool to hold the vent flap open for easier cleaning. If you live in a high humidity area or use your dryer more than twice weekly, you should clean this vent several times per year.
Keeping a clean dryer filter and vent system is easy to maintain with just a little thought and some elbow grease. Be sure yours is clean and well ventilated. Not only will it make your dryer safer, but your clothes will dry faster and cleaner!

Search the full MLS and Exclusive Property Listings.
(Prices and inventory current as of September 21, 2020)