Blockchain - What it means to Hudson Valley real estate.

Blockchain - What it means to Hudson Valley real estate. 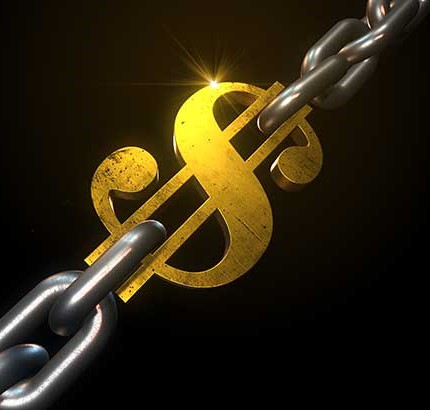 Blockchain - A brief understanding of what this technology is about.
There are a lot of ideas flying about in blogs and chats about Blockchain technology - It's a way of making hidden deals, making intransparent sales and purchases of all manner of illegal goods. It's even some how related to the other most misunderstood technology of the moment, cryptocurrency. The truth is, Blockchain is in part some of those things, and in part none of them. According to Jack Shaw, global thought leader on emerging technologies, Blockchains have several key capabilities:
Says Shaw in a recent interview with Payments & Cards Network, "A Blockchain creates a permanent, incontestable record of the identity of ownership of assets, business transactions, or contractual agreements."
What makes Blockchain particularly interesting to some people in financial circles is the information in a blockchain can be shared between two or more authorized parties within any business group, set of individuals, governmental agencies, or regulatory authorities. It is a way of sharing a set of data that can be accessed, viewed or updated, as allowed by a group of entities in a given financial ecosystem. What makes Blockchain technology so valuable is that it's virtually unhackable.
Along with immutable records, Blockchain also allows storing "smart" contracts. These are the same as traditional legal contracts on paper, but they are stored in the blockchain. Smart contracts can include all the terms and conditions written in a traditional legal agreements, including real estate contracts to buy. What makes it smart is that when the terms and conditions of the contracts therein are satisfied, they can be automatically executed according to the outcomes specified in those smart contracts. So instead of waiting ten days to a month for your mortgage to be approved and the money transferred to your account, it can be done in seconds.
So what industries benefit from storing and protecting information digitally? Shaw says these characteristics can improve a number of areas in the real estate and financial services sectors:
Mortgages and Commercial banking: By being able to provide tracking of assets such as  financial registration on a house, land and automobiles, smart contracts could be used to execute real time loan funding and other automated services as mentioned above. Loan funding is otherwise a slow, unpredictably long process where applications must first pass through a gauntlet of approvals before funding is released.
Domestic and Commercial financing for trade transactions: This would allow a lender the ability to issue a letter of credit through a blockchain. As with other information, it would allow everyone with authorized access to see the relevant transactions in real time. Like smart contracts, this letter of credit based on a blockchain would speed up international trade and allow trade transactions to be settled more quickly and allow parties to receive financing at a lower cost. HSBC has already announced the ability to issue a letter of credit based on blockchain.
Payments: Blockchain could replace traditional methods of making international cross-border remittances such as SWIFT. Swift codes are often expensive and time-consuming. According to Shaw, "Blockchain-based international remittances would reduce the settlement from days to seconds. Also, with a much lower cost, micropayments or small payments become more practical with blockchain by using smart contract to automatically execute those payments without delays."
Capital investment markets: Clearing and settling the exchange of stocks and bonds typically takes up to three days. Blockchain can, again, reduce the settlement time to seconds. Observes Shaw, "This is very valuable for financial companies providing investment services for their customers. Also, blockchain can secure immutable real-time records for packaged derivatives that can be accessed by all authorized parties." Another win for Blockchain's capabilities.
Risk management: Blockchain can use methods like biometric identity of specific individuals such as fingerprints and retinal scans to be incorporated into the permanent, immutable record of identity stored on a blockchain. This capability has the power to virtually eliminate the problems of identity theft. "This is of great interest to companies as it could significantly lower the risk of money laundering," said Shaw.
Regulatory compliance: Because it is a repository of digital information, Blockchain can automate regulatory reporting information. Regulators could thus have direct, real time updates on the latest financial information of lenders and borrowers to facilitate know-your-customer (KYC) and anti-money-laundering (AML) policy compliance.