BitCoin asset exchange CEO takes the password to $200 million to his grave. A lesson in security.

BitCoin asset exchange CEO takes the password to $200 million to his grave. A lesson in security. 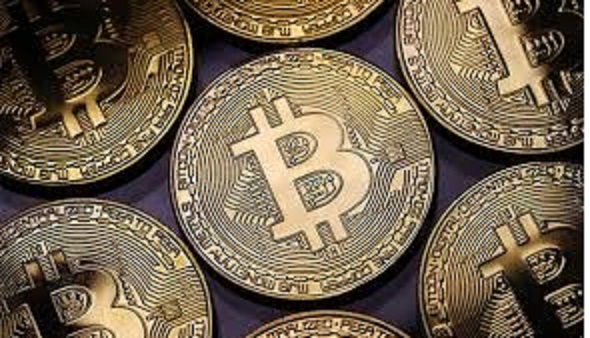 An article in today's Bloomberg News reported that Gerald Cotten, a Canadian entrepreneur and the co-owner of Quadriga CX, a crypto-currency asset-exchange company, died unexpectedly in India of complications from Crohn's Disease without telling any of his clients or business partners the password to his digital "wallet." This means that those who entrusted their bit-coin accounts to Mr. Cotten now have no way of accessing the $200+ million tucked away in Quadriga.
We first blogged last October about crypto-currency transactions and how they might impact real estate deals. The news today is a sobering reminder that all our technological expertise is worthless in the face of human failure.
Bitcoin, like several other brands in the crypto-currency space, is used for cash-less transactions for purchasing or selling anything. Stocks and bonds, property of all kinds, even homes have sold on the crypto-currency market using Bitcoin, Block Chain or several other iterations of this kind of non-cash currency.
Bloomburg reported, "Cotten was always conscious about security -- the laptop, email addresses and messaging system he used to run the 5-year-old business were encrypted, according to an affidavit from his widow, Jennifer Robertson. He took sole responsibility for the handling of funds and coins and the banking and accounting side of the business and, to avoid being hacked, moved the "majority" of digital coins into cold storage."
So what is Bitcoin and crypto currency?
Crypto-currency is best thought of as digital currency (it only exists on computers). It is transferred between peers (there is no middleman like a bank). Transactions are recorded on a digital public ledger (called a “blockchain”). Transaction data and the ledger are encrypted using cryptography (which is why it is called “crypto” “currency”). It is decentralized, meaning it is controlled by users and computer algorithms and not a central government. It is distributed, meaning the blockchain is hosted on many computers across the globe.
Meanwhile, crypto-currencies are traded on online cryptocurrency exchanges, like stock exchanges. Bitcoin (commonly traded under the symbol BTC) is one of many crypto-currencies; other crypto-currencies have names like “Ether (ETH),” “Ripple (XRP),” and “Litecoin (LTC).”
How does crypto-currency work?
Transactions are sent between peers using software called “crypto-currency wallets.” The person creating the transaction uses the wallet software to transfer balances from one account (AKA a public address) to another. To transfer funds, knowledge of a password (AKA a private key) associated with the account is needed. Transactions made between peers are encrypted and then broadcast to the crypto-currency’s network and queued up to be added to the public ledger. Transactions are then recorded on the public ledger via a process called “mining.”
All users of a given crypto-currency have access to the ledger if they choose to download a “full node” wallet (as opposed to holding their coins in a third party wallet like QuadrigaCX). The transaction amounts are public, but who sent the transaction is encrypted (it is pseudo anonymous). Each transaction leads back to a unique set of keys. Whoever owns a set of keys, owns the amount of crypto-currency associated with those keys (just like whoever owns a bank account owns the money in it). Many transactions are added to a ledger at once. These “blocks” of transactions are added sequentially by miners. That is why the ledger and the technology behind it are called “block” “chain.” It is a “chain” of “blocks” of transactions.
Blockchain’s potential for reducing friction in transactions and automating record-keeping tasks has major implications for the brokers and agents, local governments, investors and attorneys involved in both commercial and residential real estate. The technology could make for easier and more accurate deed transfers, improved ease and transparency in investing, even more accurate and up-to-the-minute MLS (multiple listing service) listings.