A Great Neighborhood Sells a Home

A Great Neighborhood Sells a Home

A great neighborhood sells a home
it also helps your home hold value and makes it easy to sell when you decide to move on.

With all the pressure and excitement of home shopping,
how can you know if  the neighborhood you have chosen is truly great?

1. It meets your specs 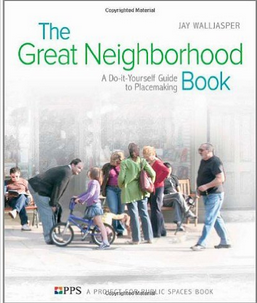 Make a list of what you want and don’t want in a neighborhood and shop for those qualities. Describing his ideal neighborhood, Jay Walljasper, author of “The Great Neighborhood Book: A Do-it-Yourself Guide to Placemaking,” says he looks for “the invincible spirit of neighborliness (that’s) apparent even to a casual visitor.”But what is ideal varies. Your ideal could be a close-knit community with trees, playgrounds and great schools. Mine might be a downtown block of clubs, shops and condos.

Become an expert on the neighborhood that interests you. Get a feel for it by attending open houses, walking the neighborhood’s blocks, spending time in restaurants and coffee shops, and looking for community gardens. Have a home in mind? Knock on doors and chat with neighbors on that street. Ask everyone who’ll talk with you about the crime, noise, traffic, neighborhood issues, and general pros and cons. 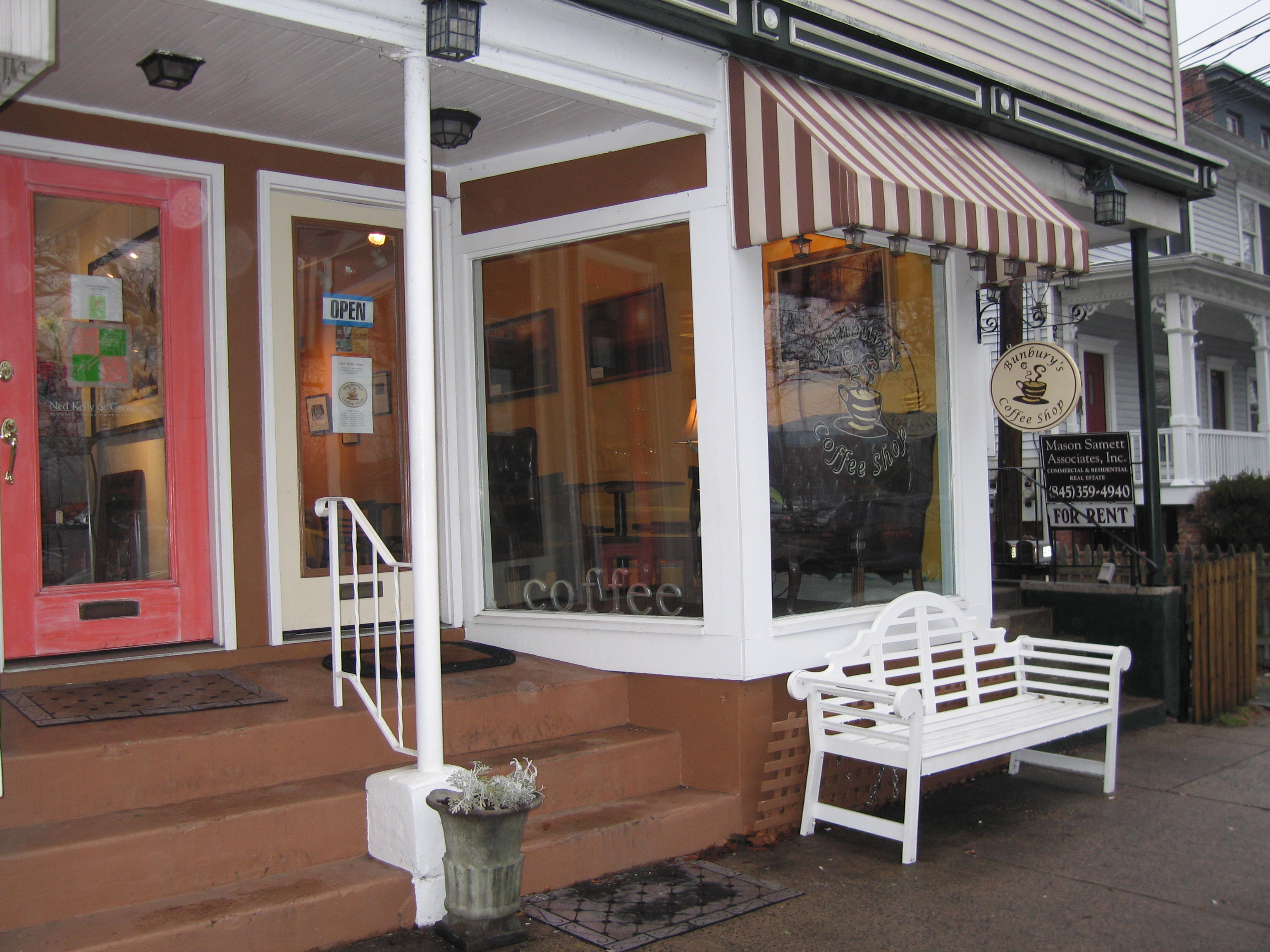 Upscale chain and independent retailers are signs a neighborhood is well-established or on the way up. These businesses signal a degree of affluence. Also, they’ve typically done market research to assure themselves the neighborhood is stable and worth the investment.

Especially in the warm months, look for activity that shows owners are keeping up or investing in their properties. Improvements like new gutters, painting, re-roofing, gardening and landscaping, replacement windows, new fences and decks tell you they have pride in their homes.

Block watches and neighborhood meetings are signs of a tight community. If you find a neighborhood group, attend a meeting or two to meet people and ask questions. Subscribe to any neighborhood newsletters.Dennis P. Rosenbaum, director of the Center for Research in Law and Justice at the University of Illinois at Chicago, says:

“Crime is lower where people say they feel more attached to the neighborhood, more social connectedness, more responsibility for what goes on around them and a greater willingness to intervene when they suspect criminal activity.”

6. People are out on the streets

People on sidewalks and children walking to school and playing in parks tells you they feel safe. An article at Veterans United asks:

Are there people sitting on their porches? Walking dogs? Taking their kids on a walk? If residents are willing to get out and walk around the neighborhood, that’s a good sign of its vitality and safety.

7. It passes muster after dark

Don’t think you know a place if you’ve only seen it in the middle of a weekday. Return repeatedly, at night and on weekends, to get a realistic picture.

Where school test scores are strong, home prices are high. Search GreatSchools.org for the schools’ scores in the neighborhood you’re considering. Ratings are based on performance on state standardized tests.

Do cars dominate? Or do sidewalks and streets encourage pedestrians and bicyclists? Sidewalks wide enough for outdoor cafes, benches and strolling give a place a neighborly feel.Put an address or ZIP code into Walkscore.com to obtain a “walkability rating” for neighborhoods or cities. Scores, ranging from zero (“car dependent”) to 100 (“walker’s paradise”), reflect the ease of life without a car.

Can you easily find buses? And subways? And rail lines? Homes with easy access to public transit fetch higher prices than similar homes without it, says a recent study commissioned by the American Public Transportation Association and the National Association of Realtors. Homes within a half mile of “high-frequency” public transit were worth 41 percent more, on average. But don’t get too close. Locations adjacent to rail lines and bus stops lose value.

12. It’ll work for you for five to seven years

So, a hip, edgy, gentrifying downtown district is your dream location right now? But will it work later, if you want children? Or if you change jobs? Don’t count on being able to sell and move quickly. I remember talking during the recession with a young couple who’d bought a condo in what they hoped was an up-and-coming neighborhood. After a while, though, they grew tired of hearing gunshots at night. When she became pregnant, they felt stranded. They wanted to move but could not because their home was worth less than they had paid. The lesson: Make sure the neighborhood suits your needs for at least five years.

Neighborhoods with high home-ownership rates are more stable. However, there are exceptions. For example, you can expect renters to outnumber buyers in expensive cities like New York.Typically, renters are more mobile than homeowners. Longtime residents watch out for each other, making for a safer community. Statistics on home-ownership in neighborhoods can be hard to find, although some real estate agents may have them. You can get a sense, though, by asking agents and locals about the renter-owner balance. Also, watch for apartment complexes that dominate a neighborhood, or large numbers of “for rent” signs. 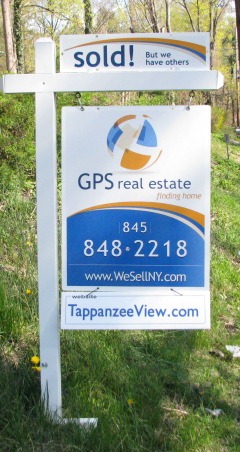 Fast turnaround of homes for sale indicates a neighborhood in hot demand. We can run “comps” (comparative home analyses) to tell you how quickly homes are selling in a given area. Let us know the area you'd like this information on. Other clues to a neighborhood in demand include employers moving in with new jobs, a growing population, and a limited supply of homes for sale.

In the housing crash, home values held up better in some neighborhoods than others. You can find historical sale prices in your county’s property tax records. Many counties put these online. (NETRonline, a title company, has links to online county property tax records.) Or ask us for neighborhood sales trends. If you’re considering a bargain home in a neighborhood of foreclosures, consider whether home buyers will want this neighborhood when you are ready to sell. Even if you don’t care about school quality or how many playgrounds are nearby, the next buyers of your home probably will.

Homes located close to major employers and in city centers are in high demand. “The Driving Boom — a six-decade-long period of steady increases in per-capita driving in the United States — is over,” says a nonprofit advocacy group U.S. PIRG.A New York Times article adds: “Younger people are less likely to drive — or even to have driver’s licenses — than past generations for whom driving was a birthright and the open road a symbol of freedom.”

Is the trash picked up? Are streets paved and well-maintained? Beware of broken streetlights, cracked sidewalks, and lots of vacant homes with cracked windows and an overgrowth of weeds.

18. You see plenty of churches

You don’t have to be religious to appreciate that churches, mosques and synagogues are signs of community strength, and evidence that residents are connected and invested.

19. It’s got police and fire stations

Find the nearest fire and police stations and fire hydrants. Nearby public safety services add to a sense of neighborhood security. Also, a firehouse nearby might mean lower homeowners insurance premiums.

“The Tappan Zee Bridge is a good example of  infrastructure development and can be a very early, very strong sign that the

Do you have other clues to add to this list? Please share them with us if so...